Notice: The only official communication channel with IGC-Network Staff is this Support Center. Please be aware of active scammers, using Skype and other IMs, who pretend to be IGC-Network Staff.
IGC Forum uses cookies. Read the Privacy Policy for more info. To remove this message, please click the button to the right:    I accept the use of cookies

Sign In or Register to gain full access to our forums. By registering with us, you'll be able to discuss, share and private message with other members of our community.

Wizzy
View other files from this member

Bigman
View other files from this member

IGC.Launcher (Premium) is complete and complex solution assures that players will always be kept updated with latest version of Game Files thanks to automatic update module.

However, that's not all, the incredibly handy application is provided together with dedicated Designing System which allows to create Launcher appearance of your own.

open Documentation available in Launcher Package. everything is written there 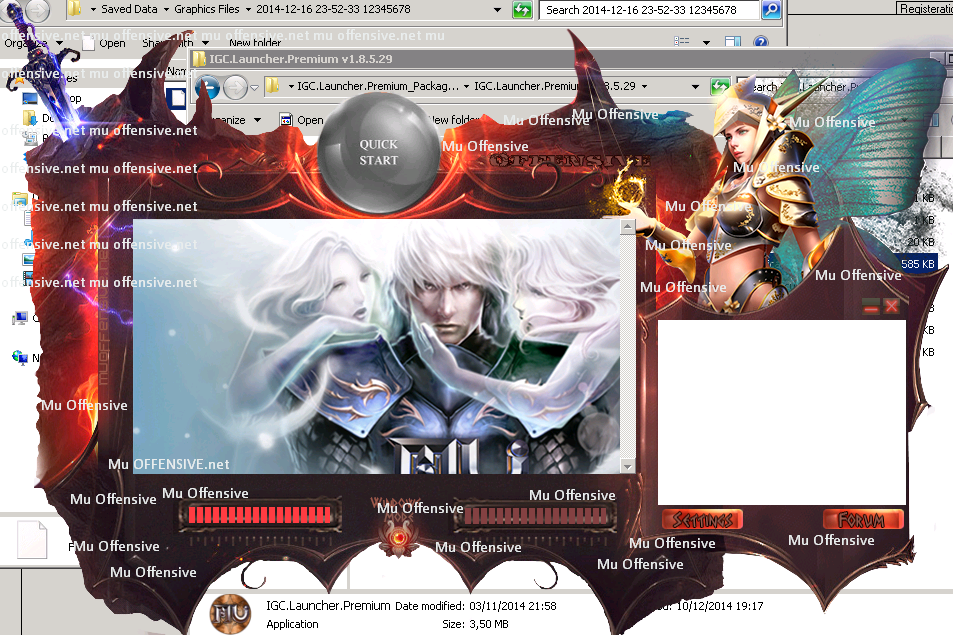 any changes done server side in the v80? or only managment and launcher itself.

Thanks for this update Big.

Highly recommended. Have done almost 50 auto-updates without any issue including several launcher self-update. (Both Season 14 and Season 6)